Roberto Polesel, CEO and Co-Founder
In the battle of the operating systems (OS), computer experts have often cited a multitude of reasons to choose Microsoft Windows over macOS. Mostly the rationale has been around Windows OS’s versatility to run on any hardware, unlike macOS. In a world where users are constantly trying to do more with less and simplifying their work processes, it is quite evident why this argument is significant. Also, due to its hardware-agnostic nature, Microsoft’s OS has also helped democratize the computer market. While computing technologies have matured since, one of its close contemporary—Robotic Process Automation (RPA)—is moving toward a fate that the computer hardware market would have faced, had there not been any flexible operating systems.

Since the incorporation of 3D vision technology with RPA, hardware providers have been developing hardware-specific software suites. Consequently, it requires people in charge of RPA operations to have in-depth knowledge of automation hardware and their specific software suites, lest it becomes cumbersome to select a suitable 3D automation solution. Euclid Labs, a software house from Italy providing services to industrial automation companies, is challenging this workflow with their hardware-agnostic automation software. Euclid Labs is providing software for bin-picking with 2D/3D vision systems and offline programming since 2005. For both applications, Euclid offers an offline environment to its customers for starting their automation planning just uploading a file - a 2D file (typically a DXF) for offline software such as Obelisk for bending, Beaver for palletization and more. Additionally, the company employs a 3D (for example an STL) drawing for Moonflower—to set up the cell, program their own automation conditions and start the job.

This is in contrast to the traditional off-the-shelf automation solution where businesses have no option to test their RPA strategies.

Euclid offers the customers a safe environment where it is possible to test everything on a laptop or office computers. This simulated testing cuts down long installation time, enabling companies to deploy robotic process automation faster and more confidently. “Our software is developed to make robots and 3D camera commodities abstractions easy for the customers,” says Roberto Polesel, co-founder and CEO of Euclid Labs.

After the first training on Offline programming or Moonflower software, clients are able and can easily add/create new recipes to the software to be fitted on existing machines so the integration process is lighter. The hardware-agnostic software solution of Euclid can integrate seamlessly with hardware produced by popular robotics companies like Fanuc, Yaskawa, Kuka, Kawasaki, Nachi Robotic Systems, and more. This solution can be applied to vision systems as well, for example, in Moonflower software, users can switch from one sensor to another one in few minutes, just the time needed for mounting the sensor! Thanks to its hardware-agnostic software solution, Euclid Labs has been a leading name in the robotic process automation market, attracting customers such as tier-one manufacturing companies, automotive companies and subcontractors. Additionally, the company has designed a low-cost stereo camera system for low-value industrial applications.

At present, Euclid is working on its free-of-cost automation simulation software Vostok, dubbed after the Soviet human spaceflight project ‘Vostok programme.’ The solution is aimed at encouraging college students pursuing robotics and for individuals that want to experiment with robotics but fail to follow through due to high hardware and software costs. Building on the existing software solutions, Euclid is looking to add another offline robot programming tool to its arsenal, especially for the metal sheet industry. Simultaneously, the company is also investing in deep learning to gauge its capability in the automation simulation system. On a concluding note, Polesel says, “The future belongs to integrated systems, and we are continually evolving ourselves to keep up with the present demand and available technologies.” 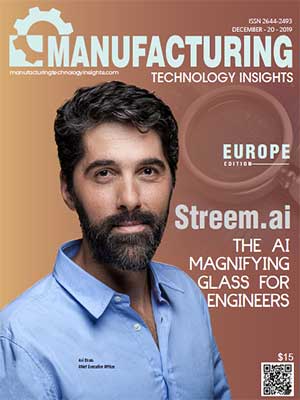